Microdosing moms are a growing group of psilocybin users, even as little is known about microdosing still

Mommies who microdose are among the fastest growing groups of followers in the psychedelic movement, according to industry observers and academics studying psilocybin.

That hasn’t stopped scores of moms from forming a largely secretive, burgeoning movement, complete with websites, social media support groups and doctors offering, on the side, to help people through the experiences.

The moms interviewed for this story, many of whom wanted to use first names only because the drug is still illegal, say the microdoses are so small that they barely register a buzz.

They tout the mushrooms as safer and less high-inducing than a glass of wine or a beer.

But they say the capsules, usually from 0.1 milligrams to 0.3 milligrams per dose, taken over a period of days, builds up in their systems and gives them more patience, more ability to cope, more organizational talent and more happiness in the throes of physically and emotionally difficult hours of child-rearing.

It dents some of the motherhood drudgery — laundry, bathtime, temper tantrums — and brightens the good moments, creating newfound appreciation for life, they said.

Throughout the United States and Canada, clinical trials have shown that larger doses of psilocybin helps treat anxiety, depression and trauma. One recent trial showed synthetic psilocybin treated drug-resistant depression as effectively as escitalopram, a common SSRI, according to Scientific American and the New England Journal of Medicine. 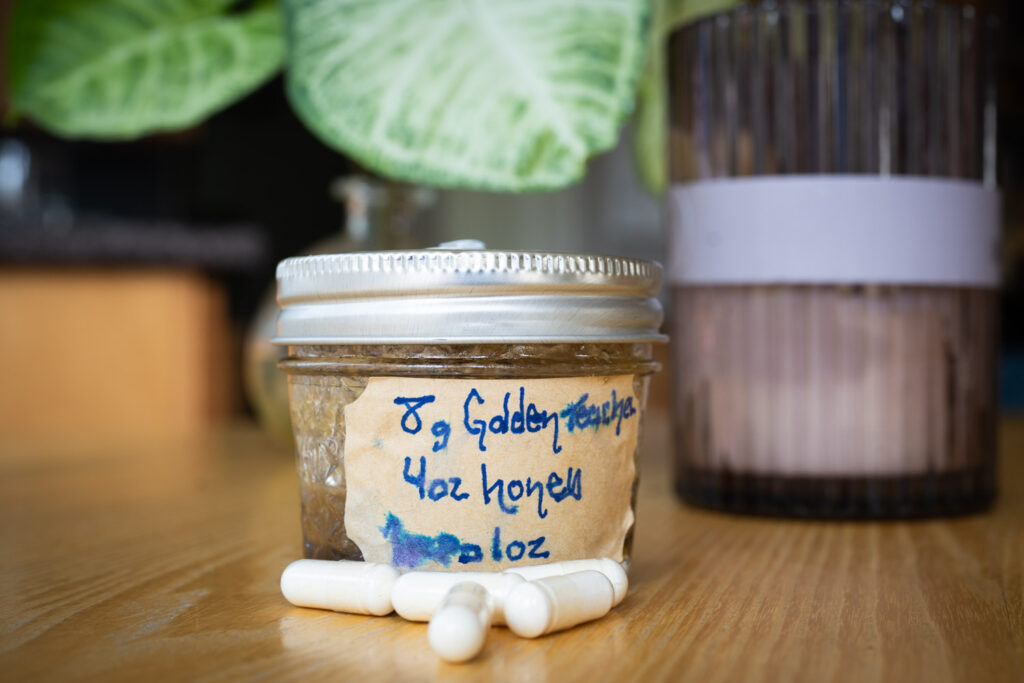 Those macro doses create psychedelic trips, which are described by users as eye-opening and life-changing. Sometimes they have visions that show them what they’ve done in their past — one physician mother described a high-dose trip that revealed that she once covered up her daughter’s mouth while she took a work call. Others say it took them on a journey that changed their perspectives completely.

In efforts to invite research and make psilocybin more accessible to the general population, Coloradans will vote on the Natural Medicine Health Act, which would create regulated access to mushrooms. While users and advocates of the medicine say they are proponents of its decriminalization, many will vote “no,” on the bill as it is written, as they believe its sponsors have not kept racial equity in mind.

“This could be cannabis 5.0, with the same people in charge and the lack of equity, so I am very cautious when it comes to how we do this,” said Melanie Rose Rodgers, a Denver resident and psychedelic advocate who helped with Denver’s decriminalization efforts. “I’m not opposed to legalization. I’m opposed to this legalization that’s being rushed.”

Rose Rodgers, a woman of color, said people of color have been using mushrooms and cannabis for thousands of years and have been criminalized for it, while white business owners have profited from legalization.